Sony Xperia S was launched in India with a bang few days ago. It’s an Android smartphone with a touchscreen that would allow users to navigate the web without even touching the screen. This phone is sure to be a delight with its floating touch technology. Sony is famous for their out-of-the-box thinking and surprising their fans with new technologies and same would be proved true by Xperia S. 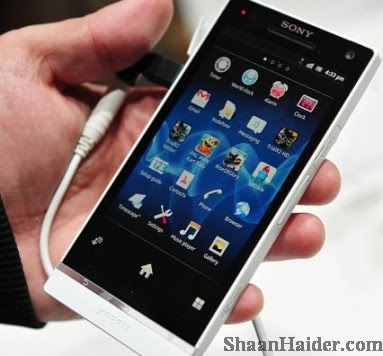 The new Sony Xperia S is loaded with features that a few mobile companies would be able to compete with. It has a big 4.3” LED backlit LCD screen. It is laden with a 12 MP camera, hence leaving the king of touchscreen mobiles, iPhone 4S behind. Impacted with Android Gingerbeard 2.3, the mobile experience is a sheer pleasure. This furiously fast smartphone comes with a Qualcomm dual-core MSM8260 Snapdragon processor, clocked at 1.5 GHz with a RAM of 1 GB, which is twice the RAM in the iPhone 4S.

Xperia S has a sturdy design as compared to other phones in this section. The back of the smartphone has a fine quality matte finish plastic that help avoid leaving fingerprints and dirt marks on the body of the phone. Guess, the back covers would be soon running out of fashion. All touchscreen phones have more or less similar looks and to break the monotony Sony added a transparent white strip which is backlit that makes the phone look cool. After taking a look at the Sony Xperia S pictures, one would agree that Sony is giving the users a lot of reasons to smile.

It seems like Sony has made an effort to satisfy all kinds of consumers. For the gamers, it comes with a PlayStation certification and gives users access to the PS store. For the Social networking addicts, the Deep Facebook integration gives it a Facebook-powered phonebook in which a user will automatically get a sorted list of the Facebook contacts with their phone numbers. For those who like to click pictures, the Sony Xperia S features a 12 MP camera which has autofocus ability with LED flash and geo-tagging. The phone is capable of 1080p video recording @ 30fps with continuous autofocus and stereo sound. The phone also has a 1.3 MP front-facing camera, 720p video recording. 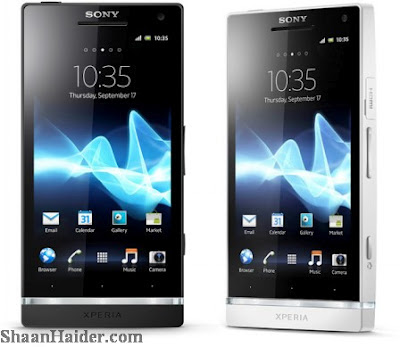 Overall, the new Xperia S from the house of Sony Mobiles is a good phone to hang out with. Sony Xperia S price in India is Rs. 31,999 which makes it even better. iPhones and Galaxy S2 of the world might need to be on a watch out, for Sony Xperia S is here.