Facebook has become the standard in the social networking world. With roughly 800 million users, it's virtually unheard of to not know someone with the service. The rapid growth has brought rapid changes, with many of them coming in the last three years. Here, we take a look at the biggest changes to Facebook. These updates have changed the way users communicate, how they spend their free time, and more. 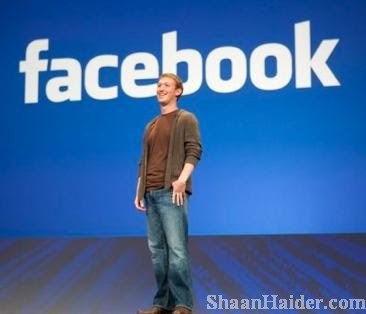 The Timeline has easily been the largest change made to Facebook. With Timeline has come a major change in the way that users access the bulk of the website.

Going back to the website's roots, users had always communicated by visiting the profiles of one of their friends. From there, they were free to browse recent activity by their friend, look at their photos, and more.

With the introduction of Timeline, the scope of Facebook is changing. The standard profile photo is no longer the only graphic aspect of a user's profile. Timeline maintains the profile photo, but also adds a cover image that spans a large portion of the screen. Controls have been added to let Timeline visitors easily fly through their friend’s life.

Timeline has had a mixed reception from users. It certainly takes activity on the social networking site from something that's easily forgotten to something that lasts for a long time. However, only time will tell whether Timeline is ultimately accepted, but the initial outcry against it seems to have died down.

Development into a Gaming Platform

Games have been a big part of Facebook ever since Facebook introduced apps. Basic games were easy to come by in the first couple of years. These were interesting time killers introduced mostly by small, independent developers.

This has changed in the last few years as giants such as Zynga and EA have gotten in on the action. One game, Farmville, was so successful that it surpassed 80 million users in early 2010. Other titles have gained similarly massive audiences.

Facebook integration has become commonplace as a result of this, 'Words with Friends' lets players log in with their Facebook accounts and challenge friends. The same goes for one of the latest game crazes, 'Draw Something'. It's not inconceivable that in the future, PC games and console games might include Facebook integration.

Facebook's chat interface has grown since its introduction. Many users who used to rely on Yahoo Messenger or AIM have migrated over to Facebook's service. It's web-based and so many people already have Facebook that the service's rise was a given.

Until recently, though, it was lacking in one major area. Facebook didn't support video chat. This changed in mid-2011, as Facebook paired with Skype to introduce video chatting to the service. Any users with webcams can now chat for free using Facebook.

There are limitations to the service. It isn't supported on mobile and it lacks support for more than two-way chats. Still, the potential of the service and its ability to keep people connected with one another is incredibly exciting.

Controlling Who Sees What

Privacy has always been one of the main complaints by Facebook's detractors. The service has become so popular and was so open that having a Facebook account became a thorn in some users' sides. Reports of employers checking candidates' profiles over the last few years have been more and more common. Many users felt uncomfortable adding minor acquaintances who could then see everything that they posted.

Facebook has responded by tightening privacy controls and giving the user more room to decide what they want to be seen. Friends can now be marked as being close friends or acquaintances, and content can be shared accordingly. The system isn't quite perfect, but it is now much easier than it used to be to post something and not broadcast it to every person on a user's friends list.

While the Timeline has been the largest change made by Facebook to its own service, the biggest overall change might be in its user base. As of December 2011, there are more than 800 million users on the website. This is up from just over 500 million less than two years ago; that's amazing, to think that a service that already had 500 million users managed to increase its user base by more than 50% in fewer than two years.

Facebook's phenomenal growth as a service has been unprecedented. The changes made to it reflect a world in which the Internet has become a primary communication tool. As the year's go in, it will be interesting to see what new changes are made to the service.