After the months of mounting speculation surrounding the new flagship Sony Xperia T, the handset formerly known as Sony Mint by the rumour mill has a lot to answer for. As the next device to continue the Xperia lineage following the success of the Xperia S, a lot is resting on this shiny Android handset’s shoulders, but will this new smartphone be everyone’s cup of T? We run the rule over the latest Sony flagship smartphone to find out… 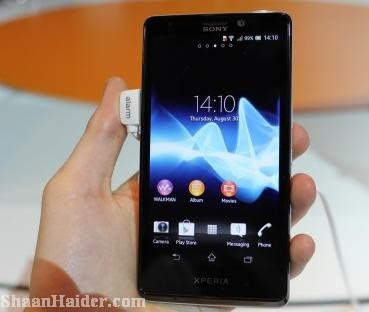 At first glance the Xperia T may seem a little familiar, that’s probably because the design is very similar to that of the Xperia Arc S with its curved back and slightly rounded corners. The display has been elevated slightly to stand out from the rest of the casing, and a rubberised coating covers the rear of the device. It’s certainly an eye-catching design, but one which may not be popular with everyone as the thin bezel around the edge of the display can prove a little uncomfortable when using it to take and make calls. The texture may also be a bit of bugbear when slipping a mobile into a pocket as the rubbery bit makes for a bit of device/pocket resistance. But for the purpose of grip in the hand, the rubber back certainly does its job. 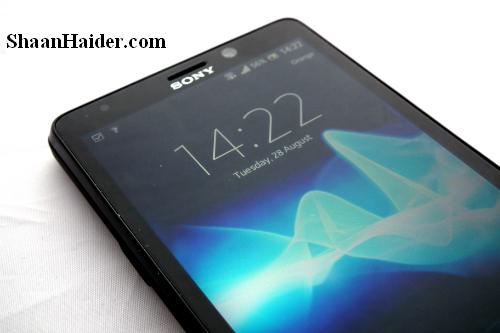 The raised display certainly packs a punch, offering clean clear HD images when watching videos or viewing at pics. It’s not the largest screen on the market but is ample enough, especially with Sony’s Mobile BRAVIA Engine on board to hone the visuals even further. Be warned though, with the Mobile BRAVIA Engine turned on and the display brightness turned up for maximum viewing pleasure, the battery life is compromised somewhat.

The Japanese electronics giant is known for its photography prowess, and the Xperia T is no exception to the company’s great reputation. With a 13 megapixel snapper, capturing breathtakingly beautiful pictures and videos is a breeze. You’ll find a selection of shoot modes on board too, including customisable ISO and exposure options that make using it nearly as comprehensive an experience as offered by a digital camera. 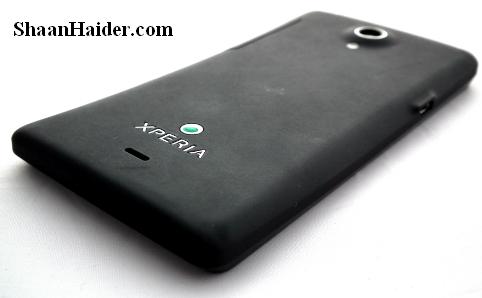 Sonyseem to be extremely into sharing when it comes to the Xperia T, and whether you’re sending stuff to another mobile, or peripheral devices such as a speaker dock or TV, you’re good to go. It’s all to do with what Sony is touting as ‘contagion’ sharing, which does sound a little clinical but basically means you can use NFC and to quickly and easily send content to other similarly enabled bits of kit. Whether this’ll become the phenomenon that Sony hopes remains to be seen, but anything that allows the swift, hassle free sharing of multimedia if a bonus in our book.

Unfortunately, we only had a short rendezvous with the new Xperia T and so didn’t get time to fully dissect the device’s inner workings. But our first encounter has proven to be a most pleasant one. In snatched hours we spent with the handset it showed real potential, but whether it stacks up as a genuine contender to the likes of Apple’s iPhone and the Samsung Galaxy S3 will only become clear as time goes on.