Are you one of the many who regrets not keeping their old Nintendo or SNES from the 90’s? Well you’re in luck, because Nintendo emulators are the next best thing. These game ports let you play your favorite game titles on newer technology and in a more portable fashion. The following best Nintendo emulator apps can put you back in the nostalgia that was Mushroom Kingdom. 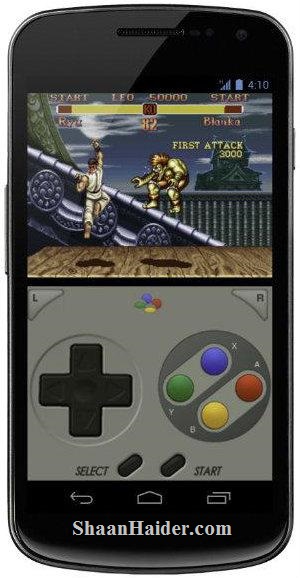 When it comes to original Nintendo games, John NES Lite and NES.emu are two of the most popular Nintendo emulators. Both require your own game files in formats like .nes or .unf. However, you can play games in zipped folders, which makes it convenient.

While John NES Lite is free, you still have access to previewed saves, customizable keys on the on-screen keyboard and the ability to play games at double speed. The app even works with old Game Genie codes.

NES.emu does have some advanced options, including the ability to run Famicom Disk System emulators via .fds files. The emulator has optimized buttons for the Xperia Play, a gaming phone with physical buttons. Plus, you have the option to edit multi-touch controls. You can even use your Wiimote, iControlPad and JS1 along with third-party controllers that use Bluetooth or USB connections.

SuperGNES is a 4-star app from Google Play. The devs bill it as the "premier" emulator for your favorite Super Nintendo games. Its bright and colorful logo is certainly reminiscent of Nintendo's sophomore effort, the console that spawned classic series such as Mario Kart and Street Fighter II . This app is available for free with ad support, while you can fork over $4 for the full version.

SuperGNES includes two cheat databases, the ability to play with others over Bluetooth or WiFi and option rumble feedback when you're using the controls. Few emulators really seem to pack in all the features that you'll find with SuperGNES. In fact, the app include integration with popular GameFAQS walk-throughs, so you'll never be stuck on a level again. A skip feature lets you fast forward, while you can upload emulator files in almost any archive type that you can get your hands on.

If you need a cheaper SNES emulator, Animaonline SNES Emulator costs half as much and is compatible with titles such as Final Fantasy and Chrono Trigger. LAN network and co-op modes are also available with this emulator, which is optimized for use on the Xperia Play.

However, on-screen controls mean that you can use this with a variety of Android phones and even some tablets, too. Like the other emulators on this list, you'll need to find your own ROMs to use. The same archive files are compatible with Animaonline SNES Emulator