HOW TO : Make Your Own Google Glass

Google Glass is one of the most popular tech product of this year and it is going to change the world for sure, though a bit only. Google Glass is available to a very limited number of people in the entire world. Most of them are developers, journalists or the contest winners.

If you do not know, Google organized a contest for the Google Glass and only the lucky winners had the opportunity to buy it. The rest of the world will have to wait until Google Glass is not officially launched for the common people. 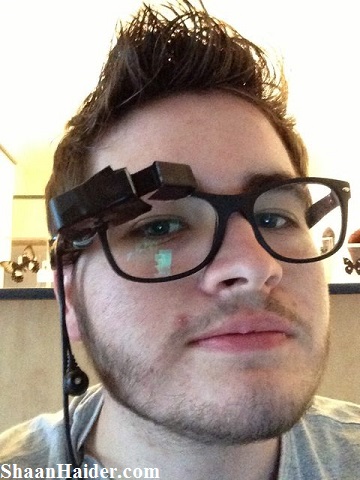 But not everybody likes to wait and same goes with the Astralian hacker Ash_Williams. He is out with his own version of Google Glass called “Flass” which is the smart combination of the words “Fake” and “Glass”. So, the Flass is nothing but the Fake Google Glass.

Flass is not much functional and feature rich like the original Google Glass but good enough to provide few functionality for sure. Have a look on the below image to get a small idea of what you will get from the Flass. 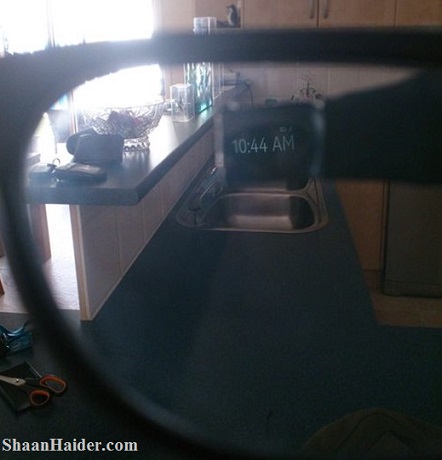 The basic arrangement of Flass consists of a Samsung Galaxy S phone ( I really wonder why he used an outdated phone like this for such a nice project), Myvu Crystal 701 and a pair of specs with cable ties.

The Anroid smartphone is connected to the small screen which is mounted on top of the specs using the TV-out option on the phone. Once the arrangement is functioning, the display of the phone appears on the screen of the Flass.

Though the Flass is nowhere close to the Google Glass in terms of features and stylish look, it is nice to see a concept like that coming out. Even with the current settings and arrangement if the latest and most developed smartphone like Galaxy S4 is attached to the Flass, it would help in improving its performance for sure.

Have a look on the video given below about the full setup of Flass and its working in real life.

What is your opinion about Flass? Would you like to give it a try until the Google Glass is not available to the common people? Share your thoughts in the Comments section below.


Posted by Shaan Haider
Categories : Gadgets, Google, How To :