According to the news, it brings the Bluetooth capability , new home screen, new Siri voices etc to the Apple devices along with the features of iOS 7 Beta 1. So if you are already having the iOS 7 Beta 1 or you are still on iOS 6 then, you would like to give the iOS 7 Beta 2 a try. 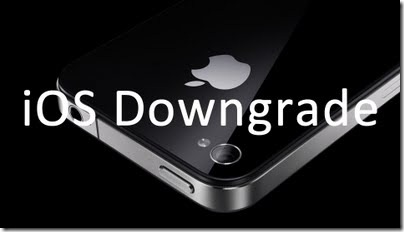 But if you go to the official iOS 7 Beta download page then, you will find that Apple states that ““Devices updated to iOS beta can not be restored to earlier versions of iOS.” . So it can turn off many people who are afraid that they might not like the latest OS and would like to go back to the old one.

But the above statement by Apple is not correct, You can easily switch back to the previous version of iOS if you want. To downgrade the firmware of your Apple device from iOS 7 beta 1 and beta 2 to iOS 6.1.3, just follow the instructions given below.

2. Now, connect your iOS device which you want to downgrade from iOS 7 beta to iOS 6 to your computer.

3. Open the iTunes on your computer, select your device, and then option+click on the Restore button if you are on Mac. If you are using Windows computer then, use shift+click instead of the option+click

4. Now, browse and point to the firmware you have downloaded in first step. It will start restoring your device to iOS 6.1.3 from the iOS beta 1 or beta 2.