HOW TO : Get Features of Micromax Canvas 4 on Any Android Smartphone

These features are good enough to make many people buy Micromax Canvas 4. But if you are already having an Android device then, you can have most of the features of Canvas 4 on your Android phone without buying a new smartphone.

If it sounds nice to you and you are interested in getting the features of Micromax Canvas 4 on any Android smartphone then have a look on the below smartphone apps which you will need to install on your device.

HOW TO : Get Samsung GALAXY S4 Features on iPhone 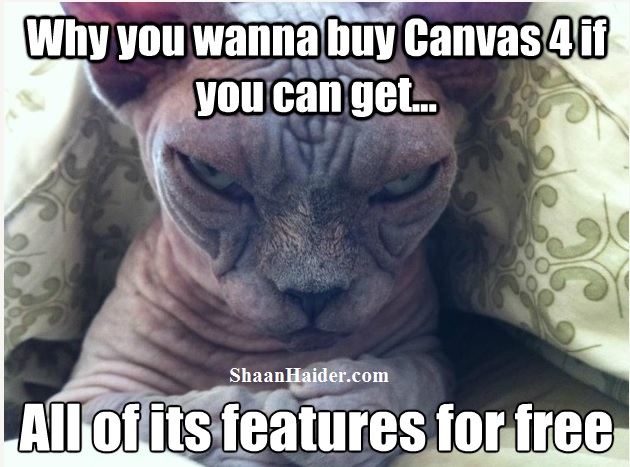 HOW TO : Get Features of Micromax Canvas 4 on Any Android Smartphone

In this feature, the video player stays on the top of the screen while you use some other app. By this way, you do not need to miss the video you are watching if you need to perform some other task.

GPlayer also known as the Super Video Floating Player is an Android app which let you pin your videos on your screen while doing some other work on the phone. It is also having many other features and customization options which makes it even better than the default video pinning app of Micromax Canvas 4.

HOW TO : Get the Blow To Unlock aka MUnlock App on Any Android Phone

This is one of the most hyped but most stupid feature of the Micromax Canvas 4 smartphone. In this, you can unlock your phone just by blowing into the mic or shaking the phone. It is easy to understand that though this feature sounds good and new but it is unpractical as a simple blow of wind will be able to unlock your known without giving you any idea.

Floating Browser is an Android browser which you can place at the top of any other app running to use both of them simultaneously.

Also, Tiny App Lite is a very useful Android smartphone app for the productivity which is also based on the concept of floating on the screen. It is the combination of five frequently used apps Recorder, Calculator, Paint, Notes and Music Player in one single app which can float on your screen all the time for the quick access. The paid version of it also includes the Floating Browser and Floating Widgets.

Swipe Control to Brightness and Volume

Using this you can control the brightness and volume of the video player by swiping your finger on the screen.

MX Player which is the most popular and the best video player for Android smartphones is already having this feature since a very long time.

Audio Control by Flipping the Phone

In the Micromax Canvas 4, if you flip the phone then the Silent mode will be activated. If you do the same while answering a call then the loudspeaker will be turned on.

You can get the same functionality on your Android device using the Flip-Silent and Flip-Speakerphone apps to perform the individual action.

Micromax Canvas 4 is having the Fast Burst mode which let you capture 99 images in a minute. But you can get the same feature with even high speed and better performance with the Burst Mode Camera and other similar apps.

This feature is already available in the Micromax Canvas HD A116 as well.

There are lots of paid and free apps available like Avast Anti-Theft, NQ Mobile Easy Finder etc on the Google Play store which perform the very same tasks. You can browse them and download the one of your choice

So you do not need to buy a brand new phone for all the features mentioned above. You can get the features of Micromax Canvas 4 on any Android smartphone easily by installing some nice Android app which perform similar tasks.