Samsung GALAXY S4 is the best and the most desired smartphone right now, at least until the iPhone 5S is not going to come out. Galaxy S4 is having some nice features which are also the most highlighted ones.

If you are tight on budget or do not want to buy Samsung GALAXY S4 but still want to enjoy the features of it then, there is a good news for you. You can enjoy most of the features of Samsung Galaxy S4 on any of your Android smartphone as well.

Here I am sharing few nice Android apps which perform the same task, less or more, like Samsung Galaxy S4. Using these apps, you an enjoy the Samsung Galaxy S4 features on S3, Note 2, S2 or any Android smartphone without even rooting it. But keep in mind that they just provide some of the functionalities and features of Galaxy S4 to device, they may lack some too. But still they are good enough to experience the Galaxy S4 on your Android phone. 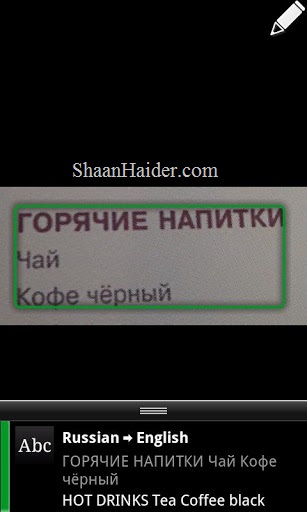 It is a very old technology known as Optical Character Recognition (OCR) which is now officially available in Samsung Galaxy S4. OCR let you scan an image or document and extracts the texts from the image after recognizing it.

Samsung Optical Reader works on the same concept and translate any foreign language recognised directly into the preferred language of your choice.

You can perform the same task using Google Goggles app. Google Goggles works on the OCR technology as well and even having better features as it is well integrated with Google Search and other services.

If you just want to use your phone to scan business cards then, you can use the CamCard app which scan a business card and then extract and store all information of the card on your phone.

One of the most highlighted feature of Samsung Galaxy S4 is the Dual Camera where you can use the front and rear both cameras simultaneously to take pictures and combine them into one single image.

Multi-lens Camera is a camera Android application which let you perform the same task. You can take lots of pictures and include them in to one single picture. Though it does not let you use both camera together, you can use them one by one and then put all the pictures in one picture.

As the name suggests, S Translator let you translate any text into some other language. Google Translate is one of the most popular and the best translation app available for the Android devices which is a nice substitute for the S Translator for sure. 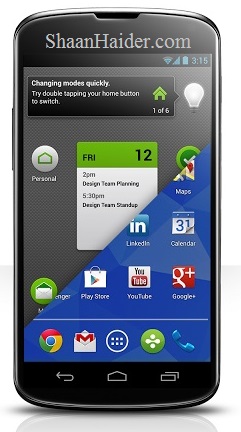 It is a business app which let you have different profiles for your business and personal uses for the maximum security. It is really a nice concept and you can have the features of Samsung Knox on any Android phone using the Divide by Enterproid.

Divide let you have separate work and personal profiles and you can even have the password protection for security and to avoid any issues.

This cool app let you share music, images , video, games and documents on the group of ad-hoc connected phones. The device of group leader acts as the Wi-Fi access point to connect all the other devices in the group and to play music.

You can use the Jukebox Hero for the same purpose. Though it is not feature rich as the Samsung Group Play, it still let you enjoy the music with your friends.

S Voice Drive is exactly like the Siri for Android smartphone. It let you make a call, send text messages, set an alarm, play music via Bluetooth, to help you reach a destination etc using voice commands. If you would like to have a safe  drive with the help of your smartphone then, you can use the Text'n Drive app to perform the same tasks on your smartphone.

Text'n Drive converts your voice into text to send text messages. It also reads and email loudly, so you do not need to check them manually while driving.

It is a health app having some nice features like Heart Rate Monitor. But there are lots of useful health apps already available for Android smartphone which let you perform the same task. One of them is the Instant Heart Rate which provides the details of heart rate before and after a session of exercise by you. If you search a bit on Play Store, you may even find better apps for your Android device than the S Health.