But seems like Samsung is just following the path of Apple now, at least when it comes to controversies. Right before the launching of the Galaxy Note 4, pictures came out showing that metal frame of Note 4 was not well built and there was the gap and empty space of the thickness of two A4 size papers. 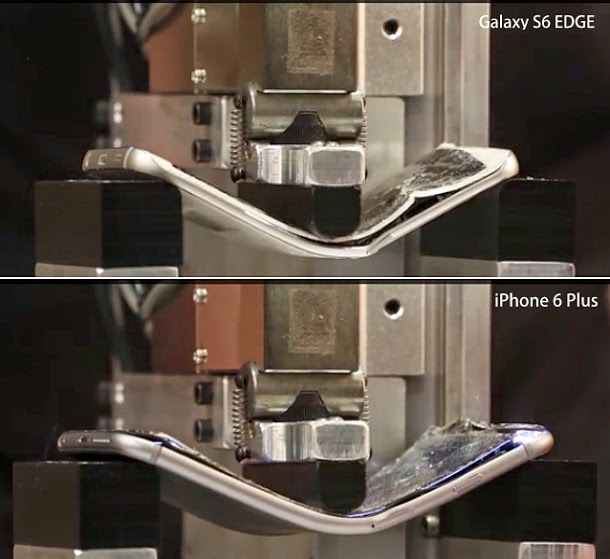 Watch the Samsung Galaxy S6 Edge Bend Test video and it’s comparison with the bend test results of Apple iPhone 6 Plus and HTC One M9.

One interesting thing in this test was that the Samsung Galaxy S6 Edge was working condition even after bending and with a broken screen. Still it is going to be disappointing for the Samsung lovers because now they are having the same issue with their favorite smartphone for which they were making fun of Apple till now.