Touch screens are very common these days that even kids know how to use the smartphones and tablets perfectly. And now Microsoft is going to make things even more interesting and futuristic.

Microsoft has started working on the pre-touch technology and already tested and a demoed this touchscreen technology that intelligently anticipates and guesses your intended action even before you touch the screen of the device. Now this is something really revolutionary unlike Apple calling their all products revolutionary. 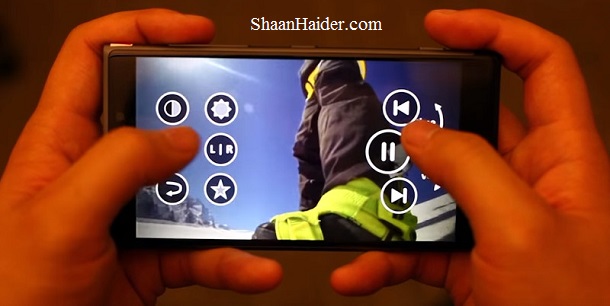 This interactive technology can then create different control options menus etc. to suit the need of the user for the current task on the screen. It also considers that how and in which orientation the user is holding the phone, where the user’s fingers are reaching the display and many other factors to anticipate user’s activity and provide the response based on the analysis.

In the demo video released by Microsoft, Ken Hinckley, principal researcher at Microsoft shows that how user can access video controls using the pre-touch technology depending on whether he is holding the phone in one hand or both hands.


Ken Hinckley, one of the principal researcher at Microsoft who is leading this project cuurently, said:

The research is based on a whole different philosophy of interaction design. It uses the hands as a window to the mind. I think it has huge potential for the future of mobile interaction. And I say this as one of the very first people to explore the possibilities of sensors on mobile phones, including the now ubiquitous capability to sense and auto-rotate the screen orientation.

This new pre-touch technology by Microsoft is still under developmental stage and Microsoft hasn’t officially revealed yet that when this technology will be available to the devices.