HOW TO : Save Facebook Videos for Offline Viewing on Smartphone

The recent inclusion in this list of new Facebook features is the option to save Facebook videos to watch them offline on your smartphone. This feature is currently available in official Android app of Facebook. YouTube is already having this feature for both Android and iOS where users can save YouTube videos and watch them offline on their smartphone when there is no Internet connectivity.

So if you would like to save the Facebook videos for offline watching on your Android smartphone then have a look on the below steps.

HOW TO : Use the Facebook Save to Read the Links, Pages and Places Later

HOW TO : Save Facebook Video for Offline Viewing on Smartphone

1. First of all, update the Facebook app on your Android smartphone with the latest version if you have not already.

3. Browse your Facebook timeline and select a video that you would like to save for watching it offline. 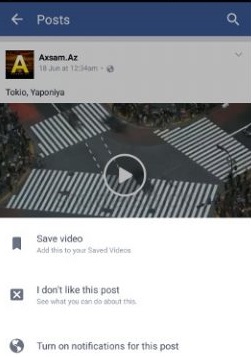 4. Now, click on the three dots on the right side of the screen to open the menu option.

5. Tap on the “Save Video” and that video will be saved on your smartphone now. 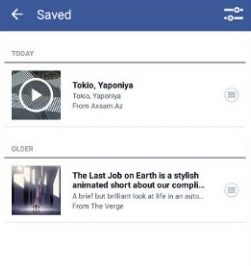 To remove a saved Facebook video, just got o Saved section. Press and hold on the video that you want to remove and then select the option “Unsave” to remove it. 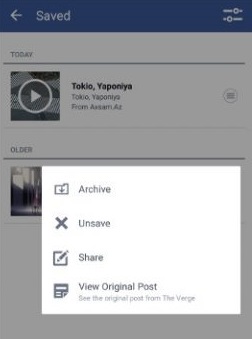 Keep in mind that these videos are not downloaded and saved in the gallery of your smartphone but only on the Facebook app. So you will be able to watch them inside the Facebook app only and it is a nice idea to keep unsaving them once you are done with it to free some space on your Android smartphone.

Posted by Shaan Haider
Categories : Android, How To :, News