Huawei Saudi Arabia has organized a special media gathering in Riyadh to introduce its new flagship smartphone series Huawei P30 Series. Many media personalities and professional photographers attended the gathering, which aimed to demonstrate the key features of the latest P-series smartphones, its photography capabilities as it is the most powerful camera smartphones series produced by Huawei to-date.

The meeting included a panel moderated by the tech-expert Faisal Alsaif and attended by photographers Hussain Daghriri, and Badr Alhamad. The panel highlighted the latest developments in the smartphone photography sector, shared their experience with the new HUAWEI P30 Pro smartphone. and talked about the capabilities of the new Huawei P30 Pro, especially the camera. 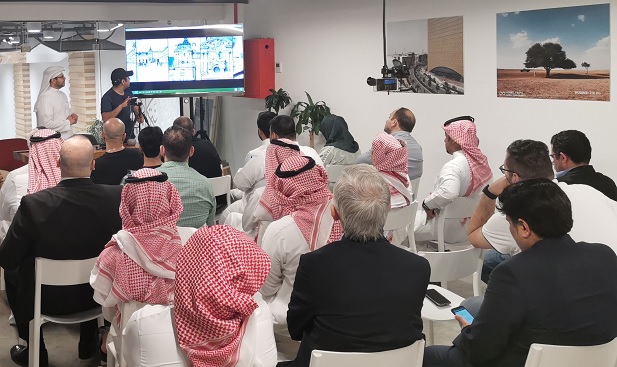 The HUAWEI P30 Pro comes with the innovative HUAWEI SuperSpectrum Sensor, an 5X optical SuperZoom Lens, a new HUAWEI Time of Flight (ToF) Camera, and enhanced optical and AI image stabilization technology to capture incredible photos and videos in every scenario and has achieved 112 points in DxOMark with its new Leica quad camera.

The four-camera matrix of Huawei P30 Pro features 40MP primary camera with a Super Spectrum Sensor, an ultra-wide-angle 20MP camera, 8MP Telephoto Camera, and TOF Camera from Huawei. In addition, the phone is equipped with a front 32MP camera for a whole new level of “selfie” experience.

The 1/1.7 inch SuperSpectrum Sensor captures light in a completely new way as it uses a RYYB filter pattern instead of the RGGB Bayer Pattern filter array, increasing the ISO to 409600 on HUAWEI P30 Pro and 204800 on HUAWEI P30.

Huawei AI helps users bring it all together into the perfect shot. AI HDR+ enables the front and rear cameras to combine multiple photos taken in quick succession to eliminate overexposed and backlit images.

HUAWEI P30 Pro also feature the new Dual-View mode that captures video with 2 cameras simultaneously on two different frames. Due to this, the screen will be split into 2 halves: The bottom half will capture a wide angle video, while the top half will capture a zoomed video, allowing the user a unique way to capture memorable events, such as matches or concerts, with as much zoom as they want and as wide an angle as they wish for.


HUAWEI P30 Series is currently under pre-order phase, and will be available in the Saudi retail market from 11th market. The price of Huaweo P30 Pro in Saudi Arabia is SAR 3399, for P30 the price is 2499 SAR and 1099 SAR for Huawei P30 Lite

Customer pre-ordering HUAWEI P30 before April 11 will receive gifts and services worth SAR 1599, including HUAWEI WATCH GT Active and a VIP card for after-sales services.