Apple’s Mac OS X is a marvelous operating system that can be used by anyone from complete novices to advanced users – it’s literally suited for everyone, which is even more amazing when you know that it’s running on a Unix core (as you know, other Unix/Linux operating systems aren’t nearly as good in the ease of use department). But while the OS comes with everything you may need, the many developers for the system found ways to actually improve its functionality and usability. Here are just a few of the apps that will do just that:

HOW TO : Setup File Sharing Between Mac and Windows 7

What Will the Next Mac OS X Update Bring? 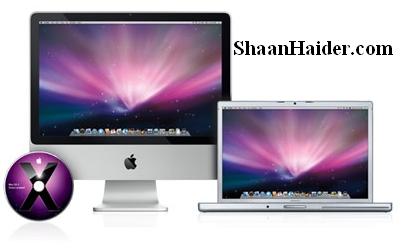 Quicksilver is the number one most recommended app for Mac OS X, even for users who have the new Spotlight. It allows you to launch any program, find the exact files or contacts you need, select text and copy it, move files between folders, and do so much more with only a few keystrokes – it’s truly the Swiss Army knife of productivity for Mac OS X.

While TimeMachine is a very good tool for backing up your system and your data, Carbon Copy Cloner does a better job at it for sure. Among the various useful features (like backing up to network drives and Macs, archiving past versions of files just in case you’ll ever need them and saving only the files that have changed since the last backup), the most useful one is the ability to boot the full system backups on any other Mac, so if your Mac just failed, you can continue your work using the hard drive with the CCC backup copy.

Adium is practically the only app you’ll ever need on your Mac for communicating with your friends, relatives or clients through IM. The app supports most of the IM services out there, including AIM, MSN Messenger, Yahoo Messenger, Google Talk, Facebook Chat, Twitter, ICQ, and many more. The only drawback is that it doesn’t support Skype, one of the most popular IM/VoIP software (they would but Skype does not want to allow third party clients for their platform), so you’ll need to install it separately if you need it.

The standard clipboard on Mac OS X is, well, standard – it doesn’t have anything special going for it and it doesn’t really improve productivity when it should. Clips aims to change that, bringing a much more effective clipboard experience to your Mac. You can store hundreds of items in the clipboard using Clips and paste any of them using keyboard shortcuts or abbreviations, so anything from a file to a photo or a piece of text is available to you at any time. In the background, Clips also categorizes all the items by application, making it easier for you to review and work with them later on.

HOW TO : Fix Your Mac

While Mac OS X is still one of the most secure operating systems, it is a fact that the number of viruses and Trojans for it has been growing steadily over the past few years. While you can go about your business without an antivirus and probably nothing will ever happen, it’d still be safer to have an antivirus in the background, just in case. ClamAV is one of the best open source solutions, and the ClamXav client is the best interface for Mac OS X. Even if you’re sure that your Mac will never be infected, you should still install it for all the Windows users that you may be communicating with via email – surely you don’t want them to get a virus from a .doc file that was forwarded from you?

Mac OS X is a great operating system right out of the box, but with just a few utilities and apps you can make it so much better. The above apps should be in the “must have” category, and if you have the chance to check them out, you won’t be disappointed.