Dudes seem to have an invisible cord that connects them, in an innate and intimate manner, to technology. This affinity is almost a universal truth, and the few exceptions are not entirely off the techno-hook; since obviously, there is no way to escape the clutches of technology, right?

Here are four fun and quirky ways that men asked the "will-you-marry-me-question" with a little help from technology.

Geeky Ways to Say I Love You & Propose in Real Life

Netizens are bombarded with memes on a daily basis. Arguably, the most popular of these are LOLcats’ I Can Has Cheezburger memes that feature cute cats afflicted with bad grammar and spelling. There’s something funny and engaging about these cats, and one Valentine’s Day, some dude thought it fitting to use these cats in order to propose to his longtime girlfriend. 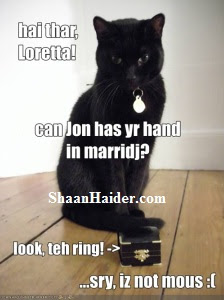 Fortunately, the reply from Loretta was just as fun and engaging. Most men are typically taken by video games. There’s just something otherworldly about this tandem, and some had even taken this to a higher level by using video games to propose to their girlfriends.

A sweet hacker once found a way to spell out “Lisa…will you marry me?” using the gold coins from the Super Mario game. We can only hope he didn’t end up with a virtual Princess Toadstool.

Another dude hacked the Chrono Trigger game for the very same purpose. Meanwhile, someone who didn’t want to exert additional effort, and skip the game hacking part, had instead maximized LittleBigPlanet’s level design function in order to pop his A-game query.

What’s the purpose of social media if one can’t use it to publicize his undying love and devotion to his partner, and to announce that he’s finally willing to spend the rest of his life (should the marriage work) with her? This is the exact point of many netizens that have opted to use Facebook and Twitter to propose to their loved ones. 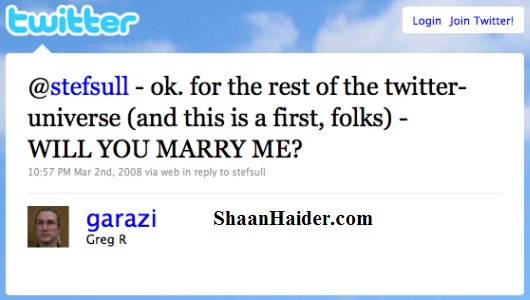 And though this isn’t exactly the most romantic and ingenious proposal approach, takers still abound.

Bryan Haggerty, a LinkedIn employee, created a fully-equipped treasure hunt application for iPhone just so he can stage a romantic and elaborate wedding proposal for his girlfriend. Jeannie, his soon-to-be-fiancé, roamed the streets of San Francisco with the aid of the aforementioned iPhone app, and was eventually led to a hill where boyfriend Bryan was all spruced up, ready to make his proposal. 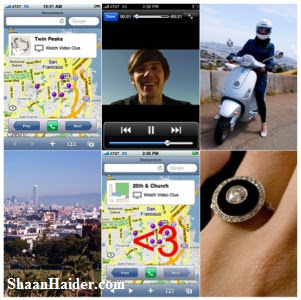 These are just some of the famous modern day wedding proposals staged by love struck technophiles. Surely, as modernity and technology continue to evolve, men will find fresher, funnier, and quirkier means to use their love for anything techno, in order to get the love of their lives. No matter how sappy that may sound.