If you look left and right, it's obvious that technology is taking over today's generation. From portable music players to smartphones, tablets, laptops, you can see people using these devices every single day. The popularity of BlackBerry smartphones and Mac products have led the public to demand a program that can sync data on both BlackBerry and Mac devices, whether those devices are smartphones, tablets or laptops. While syncing a Mac with another Mac device is not a problem, getting your Mac to sync with a BlackBerry handset is a little different. 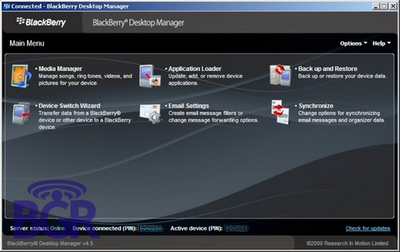 Before, you could not sync a Mac with a BlackBerry device but now it's possible... Thanks to developers who wanted to make it easier for today's demanding mobile users, various programs are now available to sync a Mac and a BlackBerry. If you're a Mac user, you can simply download BlackBerry Desktop Manager for Mac. This program makes it easy to manage content on both BlackBerry and Mac devices. This allows you to share or transfer photos, messages, emails, list of contacts and so on, and this can all be done with a click of a mouse. 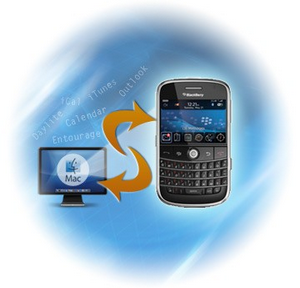 It may be a problem if one can't sync his new smartphone with his computer, but a simple, easy-to-use program available on the Web can make things a lot easier. As more people purchase BlackBerry smartphones, and Mac products, it's no longer a problem for them to sync their devices. Everything can now easily be done with BlackBerry Desktop Manager, which becomes an increasingly popular program among users of both BlackBerry devices and Mac products. To download BlackBerry Desktop Manager for Mac, simply visit the official BlackBerry website, and go to the BlackBerry Software section.