Google is transforming itself steadily into a social media tool which results in higher rankings for webpages on the search engine. Social media is quickly becoming a phenomenon that will most likely be here to stay and change the way marketers advertise their products online. Social media sites have multiplied over a relatively short period of time. Google has alluded to using social media to rank search results. As each business and industry is different, so the social media platform should be chosen wisely to gain the most benefit from it. For example, Google Business Page is an ideal avenue to promote a specific new business product or service while gaining followers via tweeting and blogging are useful to get the general word out about a brand or name.

Whether or not it is the quality of the content that is boosting rankings on Google, or if it is the data taken from Facebook that is shared is debatable. Now, users of Google +1 can link their Google profile to Facebook, Twitter, etc. and get personalized search results from the personal information posted on individual social networking pages. The content shared between friends is highly relevant data for Google to use in ranking a particular website or webpage. Friends and groups who have specific tastes in music or movies for example, are oftentimes better indicators of trends than industry experts. In an interview with Google team member Matt Cutts, he states “We do use Twitter and Facebook links in ranking as we always have in our web search rankings, but in addition we’re also trying to figure out a little bit about the reputation of an author or creator on Twitter or Facebook “(Cutts). 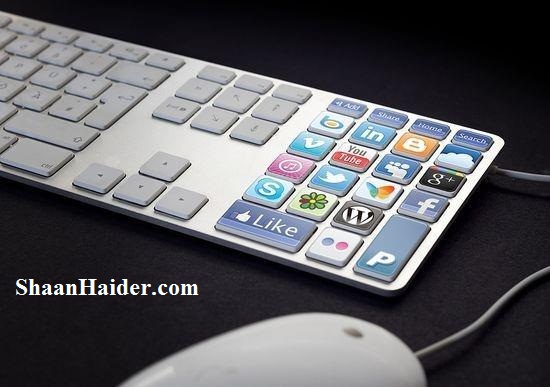 Which Social Media Site is the Most Important for SEO?

Getting the Facts on Social Media

There have been several experiments done that have demonstrated sharing on Twitter, Facebook, and Google+ can most definitely have an effect on search results. In several interviews with Google engineers and spokespersons, there have direct quotes stating that Google is using social media signals to enhance “quality.” Probably what this really means is that Google is still in the beginning phases of developing this new technology to retrieve cutting edge results for marketing purposes.

TastyPlacement SEO company out of Texas conducted an experiment in which they created six separate websites. Each had its own domain name and individually offered home service in six different U.S. cities of roughly the same size. The results were interesting and showed a direct correlation between social media and webpage ranking. They are as follows:

Which Social Media Site is the Best for SEO (Infographic)

How To Improve Website SEO Ranking with Social Media Links

Tracking the Ultimate Goals of the Online Marketing Industry

Along with social signals, user behavior is an important component of how Google ranks websites. Behavior includes how long users stay on a site, how often they return, and how much time the user hovers the cursor over a particular item. As the Google+1 button appears on more and more websites, Google will be able to determine quality of various sites as well as valuable individual user data. From a bird’s eye view, the ultimate goal here is to be able to accurately anticipate user’s preferences for products and enable Google to position itself at the forefront of market competition.

In an interview conducted by Kashmir Hill she says, “The Google guys explained how the new recommendation system will be a factor in search. ‘Universally, or just among Google Plus friends?’ I asked. ‘Universal’ was the answer. ‘So if Forbes doesn’t put +1 buttons on its pages, it will suffer in search rankings?’ I asked. Google guy says he wouldn’t phrase it that way, but basically yes” (Henshaw).

In the electronic world we live in, we have been conditioned to expect immediate results. In retrospect, when users go to a search engine, they are looking for instantaneous service in the process of finding whatever it is that they are searching for. Social media data is ratcheting up the competition for companies to more accurately predict what customers want with more efficiency than in the past.

Johan Hedin is the Managing Director at MarketingIgnite.com, which is a web marketing company with 14 years of experience. Over the years, he has managed over 200 online marketing projects with his team. All his clients have achieved top rankings in Google for a wide range of competitive keywords. He also offer white- label SEO services to help other SEO companies, Web Development and Hosting companies.