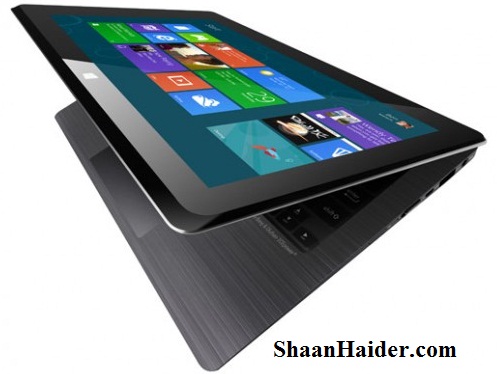 One of the most interesting of all the tablets, this packs in two LED backlit screens, Full HD IPS panels. The screen on the outer lid is a touchscreen enabling the closed notebook to act as a tablet. Once the lid opens, the outer screen normally switches off and results the tablet to transform into a notebook. It has a QWERTY keyboard (full-sized) and a trackpad. Both screens share the same hardware and Asus claims usage of both the screens simultaneously is possible. Perhaps you can imagine you and your friends enjoying double the display and having double fun.

With respect to productivity, we leave it to ASUS to worry about the two displays. Extremely lightweight, just like Asus’s Zenbook series, screen sizes of 11.6in and 13.3in would be available. Intel’s 3rd Gen Ivy Bridge CPUs will power the TAICHI and there will be SSD based storage. 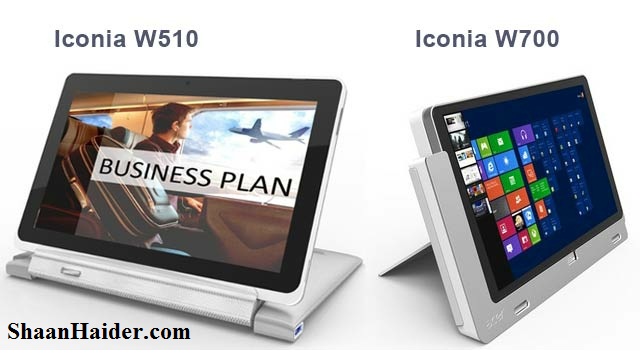 The W510 is an interesting tablet. It has a 10.1in IPS display, a removable keyboard dock which is something similar to what the robots in “Transformers”. It comes with a keyboard dock which swivels. It allows the tablet to be in presentation mode by enabling the keyboard to be neatly tucked away at the back. The device rotates up to 295 degrees to enable content watching and presentations. Connectivity options are galore - micro SD, SIM, micro USB and HDMI are supported. Two neatly located USB ports are present on the keyboard dock also. 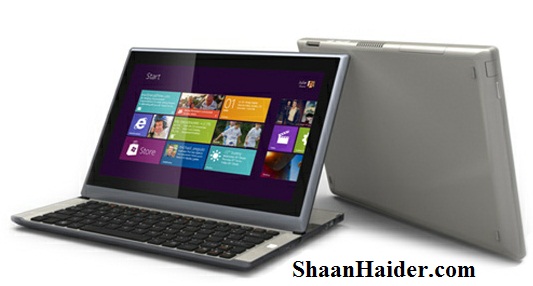 The MSI Slider S20 can instantly transform from a tablet to a notebook and vice versa. The slide-out type increases the thickness by a little. The major advantage is that you don’t need to carry the keyboard along. It always comes along with. Analysis of the specs reveals that the MSI Slider S20 has a 11.6in screen, an Intel Ivy Bridge processor with Windows 8 onboard. If priced correctly, this tablet would rock the Windows 8 show.

The ICONIA is an 11.6in Win8 tablet with a full HD display, and has the added versatility of a cradle. Designed to set new benchmarks in user-friendliness and ergonomics it comes as a tablet to be ideally used for presentations with its multimedia capabilities. The CPU spec has not been divulged by the company. The Power button, a Thunderbolt port, a volume rocker and the headphone jack are the ports along the tablet’s sides.

It has a 5 MP (autofocus) camera at the back with a front camera and a Windows key on the front. The dock allows portrait as well as landscape orientation. This makes it suitable for presentations, watching or browsing content. The slide-in dock is unique to products from all manufacturers. The Iconia W700 might sport more docks to enhance productivity.

The above listed are tablet that catches attention as of now. The release timing for Windows 8 is now official with the final version to be available by Oct end and also the first PCs running it. Windows 8 would be released to hardware makers by the first week of Aug. To keep up with Win8's touch-friendly interface, touchscreen laptops, tablets and hybrid devices are in the offing. Find out some of the awesome apps for Windows 8 on Windows 8 Appstore. There is a whole list of free antivirus, free twitter clients and other apps but you must know how to search apps in Windows 8 store first. It may entice new Windows 8 OS users (PC users).