7 Reasons Why Facebook on Your Phone is a Terrible Idea


We’ve all got that friend that, since the acquisition of their iPhone/Blackberry/Android has become inseparable from their news feed, and believes it is their duty to add anything and everything to Facebook.

Now, we all do a good enough job embarrassing ourselves on Facebook without the help of a smartphone, and a smartphone addicted friend. And whether it’s you or someone else doing the posting, photo uploading, status updating, messaging and tagging, it’s never going to do anyone any favours.

Here are 7 reasons why Facebook on phones is a terrible idea. 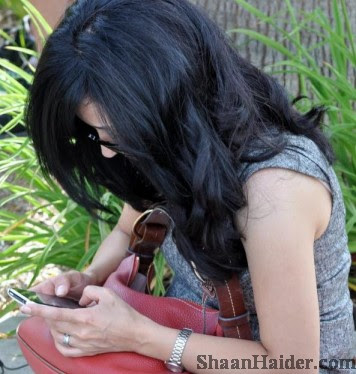 7 Reasons Why Facebook on Your Phone is a Terrible Idea

Sometimes I would rather simply be left in blissful naivety... Especially when my phone has no interrupts whatever I was doing to announce that “You’ve been tagged in 475 times”. Someone once tagged me in the reflection on someone’s aviator glasses on Facebook. Eurgh. Tag by proxy.

Just because you have a phone does not mean you should exceed the one status a day rule. No one cares that you “Just saw a Johnny Depp lookalike on my way to work LOL”. Put it on Twitter instead if you really have to.

Because we all want our News Feed to be bombarded by blurred photos of your Nan/your cocktails etc, because people must be provided with photo evidence of what you are doing IMMEDIATELY.

You and 8 others have been tagged in the status ‘Mental night – everyone’s wasted!!’ at 2.34am on a work night.” Thank you, Facebook, for ruining my chances off pulling off a stealth hangover sickie.

I’m sure that status was a huge source of hilarity to you and the one person you were with at the time it happened, but, let’s be honest, to anyone else it is neither relevant nor amusing. In jokes don’t mix with social networks. Clue’s in the title.

10 Tips for Safe Social Media Use 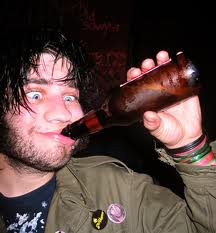 You deleted all of your exes’ non geographic phone numbers for the singular reason that you didn’t want the “OH DEAR LORD, who did I call/text last night?” panic. And then Facebook goes and gives you a simple, free, unlimited access to right to their inbox. They probably have instant notifications turned on too. You probably woke them up (Not so bad).

If I wanted everyone to know that I “have checked in at James’s Pad for an afternoon of hardcore Xboxing” rather than being at the annual office BBQ/family lunch/exes engagement party, I wouldn’t have gone to such trouble manufacturing a valid excuse, dammit. That excuse was flawless. I planted the seed weeks ago. Ruined.
Any more reasons why it’s terrible? Not that we need any more...

James Duval is an IT specialist partial to a strong cup of coffee, a glazed doughnut, and a bucketful of network errors.  Currently, he writes for Optilead.co.uk