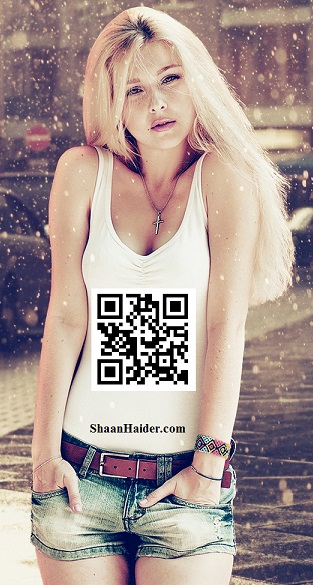 The i-nigma QR code reader for iOS devices did very well and it was only a matter of the i-nigma is actually better than its iOS counterpart. For starters, you have access to a lot more customization options for Android i-nigma than for the iOS one.

It also lets you scan other types of barcodes and the inbuilt shopper feature allows you to browse prices on competitor’s websites. Besides saving a local history of scanned QR codes, it also lets you sort and separate out your favourite ones, such as the QR code of a particular contact.

Barcode Scanner stared off as a simple app to scan barcodes on packaged material. However, the app has evolved into one of the essential must-have apps for all Android devices. Not only does the app let you scan codes, it also looks up reviews and does price comparisons whenever necessary. It also features an excellent QR code generator that allows you to create your own QR codes to share contacts, browser bookmarks, apps, etc.

mobiScan is already quite well known for its amazing barcode scanning app. Even their QR code scanning app is nothing less than user-friendly. It may not be able to scan multiple types of codes, but that certainly as its benefits. For those looking for a simple QR code scanner, mobiScan QR is as good as it gets. Also, since the app is exclusively designed to work with QR codes only, it scans and decodes information at a much faster rate than any other QR scanning app in the Google Play Store.

QR Droid is one of the most downloaded QR code scanning app in the Google Play Store and one only has to take a look at the features it offers in order to understand why it is so popular. Like Barcode Scanner, QR Droid also lets you create your own QR codes in order to share information.

Other apps let you store previously scanned codes within the app. However, QR Droid allows you to store you QR code scanning history online or on a SD card. A simple interface and good scanning speed make it a sweetheart of the Android universe.

HOW TO : Create Colored QR Code of Your Own Image and Business Logo

To be honest, there isn’t much that makes QuickMark QR Code Reader stand out from its competition. It does all the basic things expected off a QR code reader in a satisfactory manner; it scans codes at an acceptable speed, allows you to store your scan history and provides options to share QR codes. However, it does have an ace up its sleeve.

QuickMark has its very own Chrome browser extension which makes it super-easy to access web links embedded within QR codes. If you scan a lot of QR codes with links to websites, then this app is perfect for your needs.

No matter what your need or which Android device you are using, one of the 5 best QR code scanning apps is bound to perfect for your requirements.