Huawei Consumer Business Group (CBG) revealed their latest Flagship devices - the Huawei Mate 8 and the M2 10.0 Tablet to the Middle East region in a press event at the Madinat Jumeirah Dubai, UAE,. Dubai became the second city in the world for the Huawei Consumer Group to launch the new flagship devices, right after the global launch of them last week at the Consumer Electronics Show (CES) in Las Vegas.

The spectacular launch event of Huawei’s latest flagship devices saw over 400 attendees including media and press from across the region, VIP guests and partners who were all there to witness the unveiling of Huawei’s latest innovations. Renowned comedian Tony Abou Joude and violinist Hanine El Alam entertained the attendees with their talent. 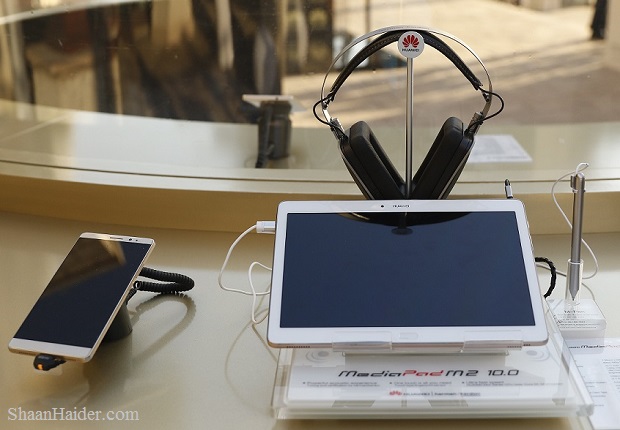 
“2015 was a successful year for the Huawei Consumer Business Group here in the Middle East and we anticipate 2016 to be an even bigger one with immense growth in the region following the launch of these two flagship devices. The Mate 8 is the ultimate high-end smartphone designed for the professional, striking the perfect balance between high performance and long battery life.

And when designing the M2, we equipped it with an impeccable sound system to take the user’s experience to the next level. Both of these devices reflect Huawei’s continued dedication to bringing the latest innovation and style to our consumers’’

Huawei Mate 8 comes with one of the most powerful chipset, a high-capacity 4000mAh battery with fast charging and stylish metallic design, including a unique mocha brown color option . It is having the tag of “highest AnTuTu benchmark score ever achieved” under its belt too.

Huawei Mate 8 is the first smartphone to run on the Huawei’s indigenous Kirin 950 chipset, with CPU boosting power up 100 percent, GPU performance up 125 percent, and power efficiency up 70 percent vs. the previous generation Kirin 925 processor.
The rapid charging technology in Huawei Mate 8, the phone is able to charge a day’s worth of power in just 30 minutes. It’s claimed that moderate users can go without charging their phone for 2.36 days, and heavy users can go without charging the Huawei Mate 8 for 1.65 days.

Huawei Mate 8 runs on Huawei’s EMUI 4.0, based on Android Marshmallow 6.0. It comes with the features like built-in automatic defragmentation service, split-screen mode that enables enhanced multitasking between apps, business card reader, knuckle gestures and many other interesting features. 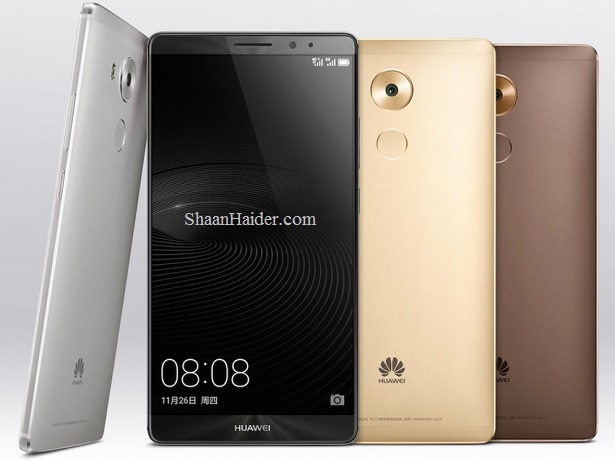 Huawei Mate 8 supports global connectivity and more bands than any other dual-SIM phone available in the market currently. It includes 4 2G bands, 9 3G bands and 18 4G bands in 217 countries and regions with 1,334 operator settings. This makes it the perfect device for travel loving people.

The second launch of the day was Huawei M2 10.0 Tablet that brings the rich sonic experience of Harman/Kardon to the users. There are 4-speakers of 4-watt setup provided in their latest Huawei tablet to provide a great sound quality. Out of these four, two speakers are designed to enhance the Bass sound and two are used for the Treble.

There is also a stylus provided for the better productivity and to perform lots of interesting tasks quickly on the Huawei M2 10.0 Tablet and the battery included is of 6600mAh capacity.