Xiaomi India is going to hold its second Mi Anniversary Sale from July 20th to 22nd, 2016 in India. And it is easy to understand, Xiaomi will provide its products at discounted rate in this anniversary sale being hosted at their official Xiaomi India website.

The biggest attraction of Mi Anniversary Sale is that it will have Rs. 1 flash sale where people will be able to buy products at just Rs. 1 i.e 15 cents only. 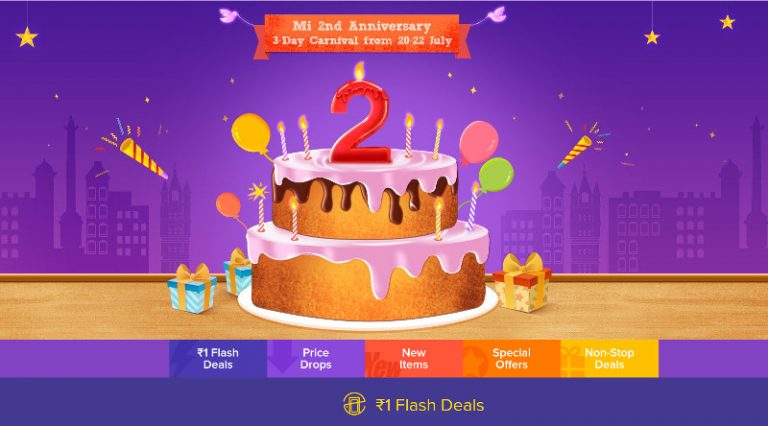 There will be separate devices devices and bundles at reduced price including the launch of new products. People will also be able to win coupons and vouchers by playing Pair 2 Win game on Mi Store app. The discounts on various products will be revealed on July 18th itself.

And for the giveaway lovers, there will be a giveaway too of Mi TV as a bumper prize for a lucky winner who purchases through the Mi Store app during the second Mi Anniversary Sale period. So if you are living in India and looking forward to buy some Xiaomi products, this is the perfect time for it.