Twitter is an online social media network that makes it extremely easy for people to keep each other updated with their daily activities. Since its inception in 2006, Twitter has grown to over 140 million active users as of 2012. The website allows people to create short one or two sentence messages of 140 characters maximum and tweet them to their followers. Because of the vast number of users and the ease of use, Twitter has also become an excellent business tool.

Besides using tweets to update customers about your business, it can also be used for quick crowdsourcing. Businesses that need a survey filled out or journalists that need quick quotes for their stories can use Twitter to get an opinion... Actually, they can get millions of opinions.

Top 9 Tools To Know Who Unfollowed You On Twitter 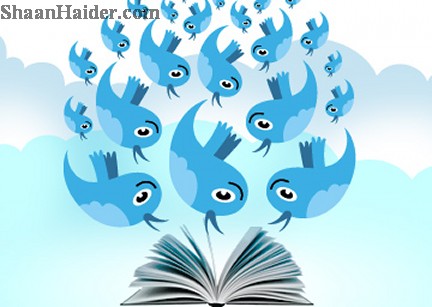 It's simple to source the site for your own surveys and questions. First, you need to create a Twitter account and get some Twitter followers. It's not necessary to get lots of them, as you'll be able to use hashtags to make your survey tweets searchable by everyone on the site.

Start tweeting regularly. Talk about your business, blog, mention potential surveys and freebies to take them. This gets people interested and also gets them to follow you. Search the site and start following other people. They will usually follow you back in return. When you need a survey completed, simply compose your tweet with a link to the survey and send it.

Using a specific tweeting format will help increase the likelihood of those surveys being answered. Say you have a survey about a certain topic and include a link to that survey. Use a link shortener to make the URL shorter. Add an incentive for users to take the survey or offer their opinion. People don't generally click on anything unless it has something to offer them, like a very attractive title or freebies for taking the survey. This can be an ebook, coupons, special membership to your site or personalized reports.

At the end of your tweet include some hashtags to make your tweet searchable. Hashtags look like this, #survey, with the hashtag at the beginning of your search term. Just separate your hashtags with a space. Think of these tags as if they were keywords for SEO and use related terms like, #freebies, #free, #poll, #paid, #home, and #research.

Feel free to tweet about your survey a few times each day. Change your tweet text to make it fresh. At the end of the survey, you may want to offer people a chance to view the survey results.

This post is written by Rigette Saycon, an SEO Specialist and writer for Mousekick.com