Samsung created a lot of buzz for Samsung Galaxy S3 but still left various reasons for the consumers to not buy Samsung Galaxy S3. Although the much hyped smartphone has reached a decent sales number, Samsung S3 still has loopholes and there are better alternatives. 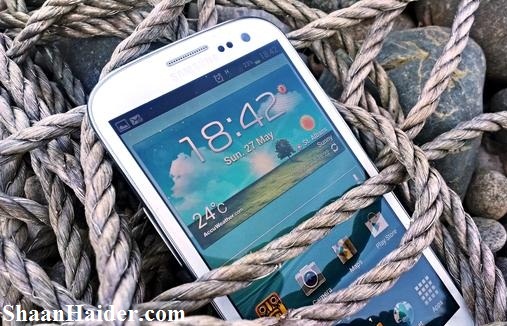 Samsung Galaxy Note 2 has almost been confirmed for an October launch. The leaked features indicate it getting an unbreakable display and lots of new features which S3 does not posses. The expected price of Note 2 is also around 40k which is almost same as the price of S3 so why not wait for two months and get a better Galaxy .

Google recently launched it’s budget tablet with Android Jelly Beans costing just $199 so why go for a higher range product when you can get a tablet for a much low price. Google Nexus 7 is one of the biggest reasons not to buy Samsung Galaxy S3. The Nexus 7 is started to ship now in the major launched countries.

Though a tablet can never take the place of a basic phone, you can always use VOIP to make voice calls on even cheaper rate from your tablet.

Google has launched the new Android Version called Android Jelly Beans. But Samsung Galaxy S3 has not yet received the update for Jelly Beans . Although S3 is expected to receive an upgrade of Jelly Beans soon, still for the time being an S3 User cannot enjoy the Jelly Beans experience.

Samsung Galaxy S3 is priced too high that it’s not for teens nor for the businessmen. It is such a phone which is perfect for teenagers but the price tag makes it a bummer to afford . For businessmen, it’s a good smartphone but still the price tag matters.

S-Voice is available on other Smartphones too

One of the biggest features of Galaxy S3 was S-Voice which responds to the users queries and answers just like the iPhone's Siri. It’s no more a fantasy to buy S3 just for S-Voice as it has been released as an application and is available on the other low end android phones too. So, it’s surely contributes as a reason to not buy Samsung Galaxy S3.