You’ve heard the concept of people beginning to look like their pets after an indeterminate amount of time, but the same could also be said for consumers and technology. Take the hipster subculture, for example.

These quirky, upper middle class young adults and teens have become, almost jokingly, associated with independent music, progressive political ideas, and non-mainstream fashion sense, not to mention the obnoxiously oversized glasses. They are sort of the high-tech hippies of contemporary subculture, and every urban setting has them.

It’s no surprise then that hipsters and smartphone users begin to overlap. As a smartphone user, you may insist that you have absolutely nothing in common with this quirky subculture, but you’d be mistaken. 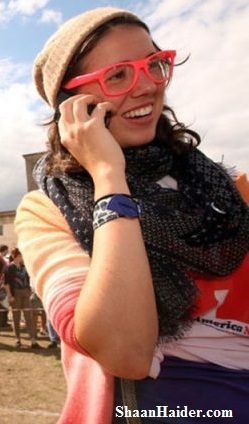 1. Both Require the Latest Technology

No matter how non-mainstream hipsters like to say they are, they still keep up with the newest and coolest technology, just like smartphone users.

Hipsters, however, are more likely to choose a new Windows phone rather than an iPhone simply for the sake of protesting the more popular choice, and they are inclined to carry around a Mac in a messenger bag rather than a PC laptop, but all of this is just semantics. Whether a hipster or a smartphone user, staying ahead of the technology game is essential.

Hipsters are known for quoting Jack Kerouac and citing random political science trivia, among a vast array of other subjects. Smartphone users do the same, even if they won’t admit it.

Smartphones have given consumers access to Google and endless stores of online information at the touch of a button. This lends the appearance of being knowledgeable in a variety of subjects, even if it all boils down to cheating. As with the hipster, intellect is all about appearances. Which leads us to the fact that…

By the same token, whipping out a smartphone in public provides the user with an instant boost of IQ points, at least from the outsider’s prospective. Smartphones are often associated with college graduates and professionals, so using one is likened to putting on geek-chic glasses. Though it is common to see employees flaunting their Blackberry phones because of the advantages of BYOD, subtlety will go a long way in increasing the know-it-all look around them.

Take note of a hipster’s accessories. She is often decked out in neon nail polish, ironic leggings, bright belts, and mismatched patterns. Now observe the collection of accessories available for your smartphone.

That’s right. Flip covers, protective gels, colored Bluetooth headsets, and belt clips are just a sampling of today’s smartphone accessories, and many of them come in vivid, neon colors that would make a hipster’s heart dance to trip-hop.


5. Both Have Their Own Lingo

Google Wallet, apps, Bluetooth, bps, pinch to zoom, 4G, tethering…these are all terms that the typical non-smartphone user may have heard, but may not completely understand. It’s certainly not lingo that would be part of daily life unless you own a smartphone.

Hipsters have their own lingo that includes phrases like, “I liked them before they were cool,” “I donated to Haiti before the disaster,” and “I liked their first EP, but then they went too mainstream.” It’s a self-contained language all its own, just like smartphone terms.

Perhaps no group or subculture is as immune to comparisons as they’d like to think. Whether you are a hipster, smartphone user, or both, it’s best not to take yourself too seriously.