Mobile phones have gained tremendous popularity over the last decade because of the benefits they offer. It is very rare to see a person without a mobile phone while out and about. While we are out at a restaurant enjoying a meal with loved ones or commuting to work on public transport, almost every person around us has a mobile phone. Mobile phones have become common, but the basic etiquette of using a mobile phone is sometimes missing.

Sometimes people use mobile phones in such a way that they annoy others around them in public places or offices. They may disturb people with their loud conversations and loud tones or with inappropriate ringtones. While using mobile phones in public etiquette is very important, otherwise people around us may get annoyed and feel offended by your lack of basic manners.

Mobile phone etiquette helps in respecting others by not disturbing them and invading their personal and public space. Let us have a glance at some common mistakes that need to be avoided while using mobile phones in a public. 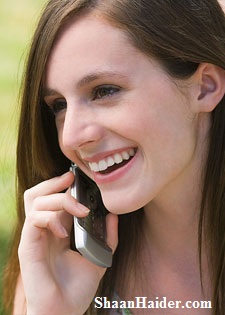 One of the most common behaviours is to speak loudly while using the phone without giving any consideration to the inconvenience caused to others.

People have their own problems to deal with and nobody around is interested in your personal or professional problems. The best thing to do is to speak softly in such a way that people around don’t get annoyed. The microphones in a mobile phone are sensitive enough to pick up soft voices.

When you are in a meeting or having a conversation with someone, the best thing to do would be to let the call go to voice mail. If the call is really important and needs to be answered at all costs, the polite thing to do would be to first ask the permission of others and then move away and answer the call. Not adhering to this etiquette may lead to our professional or personal contacts feeling insulted and offended.

Not Following the Instructions

It is also rude to keep your phone switched on where the rule specifically says to switch off your phone or keep it in silent mode, such as in cinemas and theatres. People may face embarrassing situations and may be at the receiving end of other people’s fury, if they do not follow this basic etiquette.

Legal Problems Due to Misuse of the Smartphone

Not adhering to basic mobile phone etiquette may sometimes lead to legal problems. This is usually the case when a person sends inappropriate messages or clicks inappropriate pictures through his camera phone. It is best to follow the basic unspoken rules and not send inappropriate texts to people to avoid facing a criminal charge. People shouldn’t misuse their mobile phone cameras to click pictures where it is not appropriate and where it is specifically banned.

5 Signs You’re Addicted to Your iPhone

Using the phone in specified quiet places such as certain carriages on a train will lead to upsetting people nearby and perhaps even a fine. People who use their phones while driving put their own life as well as the lives of other people around in danger.

A mobile phone has proved to have its benefits as it has led to endless possibilities in the area of communications. But we all need to take care so that any nuisance caused due to this very helpful gizmo is minimized by following just the basic rules of etiquette.