6 Reasons Why Nokia 3310 is Better Than the Apple iPhone

Sometimes it seems like everyone owns an iPhone. Everywhere you look you see the trademark Apple headphones plugged into someones ears, someone taking a picture with an iPhone or the sounds generated from someone typing a message on their iPhone. There seems to be no escaping from Apple’s iPhone army.

But why should you want to escape? The iPhone is a pretty fantastic phone, as it seems to contain everything that you will ever need. It is an iPod, camera, video recorder, web browser , games console all rolled into one handheld device. But even though it may be considered the best smartphone, some of us like to go old school, and by old school I mean use phones that aren’t smartphones. Sounds strange that there are people who don’t use smartphones doesn’t it?

However, it is true there are people out there who still use basic phones and out of the old school phones that are still in use this article will discuss only one of them...The Nokia 3310.

There are many fond memories to have over the delightful Nokia 3310. Built towards the end of the year 2000, the Nokia 3310 was a really successful phone. In fact 126 million 3310’s were sold. The question we want the answer to is “what does the Nokia 3310 have over the iPhone?”
Also Check :

8 Things I Hate About the iPhone 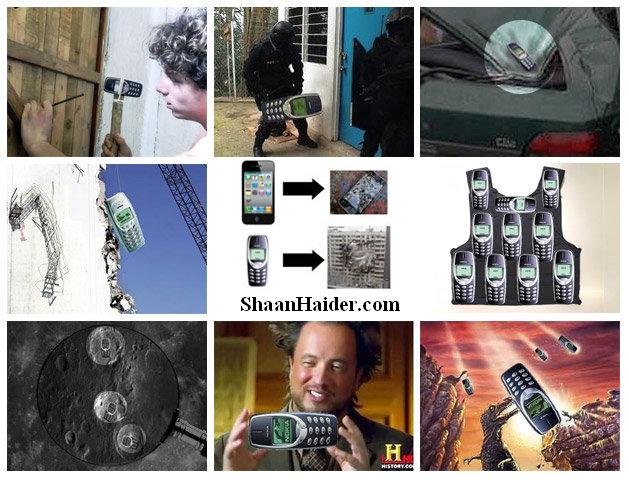 The Nokia 3310 came with pre-installed games including Pairs II and Space Invaders. However we all know that the real decider to a great Nokia is whether it comes with Snake or not and the Nokia 3310 did. The iPhone on the other hand does not come with Snake already installed and the variations you can download for it just don’t quite measure up to the Nokia version.

One of the biggest issues with the iPhones that people have is dropping it and the screen cracking. This can mean a costly replacement if the phone isn’t under warranty or insured. But the Nokia 3310 rarely had this problem. The screen is much more smaller than the iPhones screen and is much more sturdier. You can drop the Nokia 3310 from much greater distances than you can with the iPhone and it will not break. 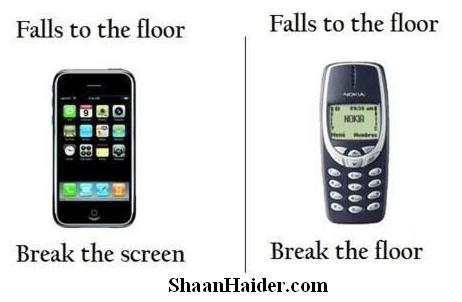 The buttons on the Nokia 3310 are much more spaced apart than the buttons are on the iPhone. This makes the chance of hitting the wrong button much less likely than it is on the iPhone. This means that you can text much faster and get to the person you want to ring a great deal faster without having the Auto Correct option

The iPhone comes with a million and one features but not all of these are entirely necessary. Because of this, owning an iPhone can be a real distraction. Owners tend to check social networks every couple of minutes and if they aren’t signed in then they can get instant push notifications 24/7. The Nokia 3310 was packed with the basics; a calculator, a stopwatch, games, a reminder function, plus it can ring and text and voice dial. Simply put it came with much less distractions meaning you could get much more done in the real world.

HOW TO : Turn Off Facebook Push Notifications on iPhone

35+ iPhone Apps to Turn Your Handset Into Your Personal Assistant

The cost of the Nokia 3310 handset isn’t the only thing that makes it cheaper than the iPhone. Because the 3310 isn’t internet enabled there is no need to purchase a data plan for it making it a much more cheaper option. Insurance for the Nokia 3310 will also be much less as it is a cheap phone to replace and has a smaller chance of breaking. 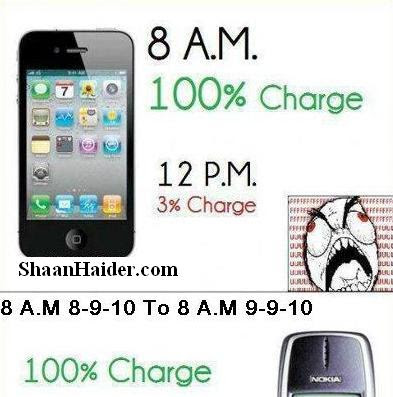 The battery life of the Nokia 3310 was one of its main selling features. You can do everything on the phone and the battery just doesn’t seem to go. From one charge you could leave it on and use it for weeks without the battery draining. The same unfortunately cannot be said for the iPhone. As soon as you start playing games on it or enable the wireless the battery deteriorates pretty quickly.

This is an article from David V, writer at Silverstreet.com, a great bulk sms gateway provider company.